Happy St Patrick’s Day! Having shared a couple of Welsh recipes for St David’s Day earlier this month, it seemed only right that I shared an Irish recipe for today. And what is a more iconic Irish bake than Soda Bread?

Similar to that of our Welsh Cakes and Bara Brith recipes, I was keen to seek the advice of some Irish friends before delving too deeply into the world of Soda Bread and claiming to be an expert in a field that isn’t my usual Scottish domain. Lucky for me, I have a good number of Irish friends.

Did you know that 90% of optometrists working in Scotland are from Ireland? Ok, that’s maybe not a fact (it might be!) but from my experience of working in optics for nearly a decade, I can honestly say that the overwhelming majority of optometrists that I worked with did grow up in Ireland. And they are the sole reason for me now over-using the word “grand”.

Despite having not worked with eyes in 5 years (!!) now, I still keep contact with a good few of them, a couple of whom were more than happy to assist with my Soda Bread questions.

But first of all…what is Soda Bread?

Soda Bread is a yeast-free bread, made with just a few ingredients, with no need to knead; meaning it can be made and baked in as little as 40 minutes [total time].

Unlike yeast breads, soda bread relies on the reaction between the bicarbonate of soda and the acid in the buttermilk to give it it’s rise, as well as it’s familiar flavour.

In terms of texture, it is quite a dense bread and slightly chewy. It has a crunchy crust when freshly baked but if stored in an air-tight container, or wrapped in cling film, this quickly softens. Soda bread is perhaps not a go-to for sandwiches but it is perfect for toast, or to accompany a bowl of soup. Or, of course, simply sliced thick and slathered in butter!

Now, in terms of my soda bread question for my Irish friends…

When first researching soda bread recipes and tips, I kept coming across one variant that was either a must-have ingredient, or one that had no place.

Or sultanas. Or any dried fruit additions for that matter. I consulted in my go-to Ireland experts.

One – who is a bit of soda bread connoisseur, and who despite living in Scotland for well over a decade still has a loaf of Soda Bread sent over to her every month – was quick to say a prompt no to raisins.

“If in doubt, raisins out.“

So there you have it. Straight from two Irish optometrists. One from Northern Ireland, one from Ireland (if that makes any difference…?).

Both in agreement that Irish Soda Bread doesn’t have raisins in it. No judgement from me, a Scottish lass, should you wish to add a handful to yours though. Potentially judgement from them though. In fact, definitely judgement from one. That’s just who he is.

Plain Flour
Although plain flour can be used in a pinch for our Easy Bread, generally a bread recipe would call for a bread flour, or a “strong” flour. For soda bread however, using a flour with a higher concentrate of protein (ie. gluten) – such as a bread/strong flour – is a waste. A simple plain flour is all that is required! You can also use a wholemeal flour, or even a combination of wholemeal and white flour, should you so desire.

Bicarbonate of Soda
Being a yeast-free bread, soda bread relies on the reaction between the bicarbonate of soda and the acid in the buttermilk to create bubbles whilst baking, resulting in a lift and rise in the bread dough. It’s a fun bit of science, all within a humble loaf of bread!
The bicarbonate of soda is also where it of course gets it’s name from.

Salt
For flavour of course. I recommend using sea salt but you can experiment with different kinds of salt to get your perfect flavour. Hawkhead Whisky Smoked Salt in particular is to die for in Soda Bread – trust me!

Buttermilk
If we’re going for a traditional soda bread, it has to be buttermilk. Buttermilk already has it’s own acidity to it, so reacts perfectly with the bicarbonate of soda – no additional ingredients required.
If however you can’t get hold of buttermilk, or you want the option to make it without, you can substitute with a standard milk (preferably whole-fat or soya, although others can be used too), and a tablespoon of vinegar or lemon juice, to create the missing acidity. I would always recommend using slightly less milk in this instance, as buttermilk tends to be naturally thicker. See the recipe notes for more info.

• Much like scones, Soda Bread needs a light touch. You don’t want to overwork your dough, or you risk knocking the air out of it before it’s had a chance to bake. The less you can handle it, the better – you want the dough to be just combined and no more.

• Some people assume that the cross cut into the top of your loaf has religious connotations but that’s not the case – it’s simply to aid in the rising and baking of your bread. Without it, it would be too heavy to rise sufficiently and burnt on the outside, whilst still being doughy in the middle. Using a sharp knife will give you the most uniform cross cut.

• If possible, allow your bread to cool for 30 minutes before slicing. It can be tempting to tuck in straight away, but cutting too soon can risk the loaf collapsing and seeming doughy & under-baked. 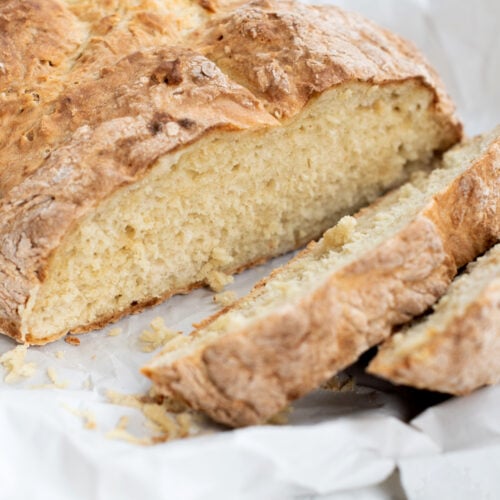 If you are unable to get buttermilk locally, or would prefer a dairy-free option: Simply switch out the buttermilk for 250ml of milk, mixed with 1 tbsp of apple cider vinegar, or 1 tbsp lemon juice. Mix about 30 minutes before using to allow the milk to thicken ever-so slightly.
Tried this recipe?Tag @bakingwithgranny or use the hashtag #bakingwithgranny! 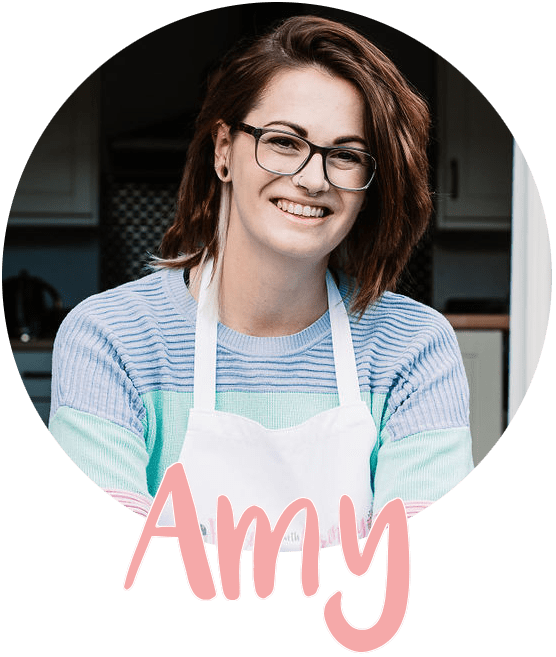 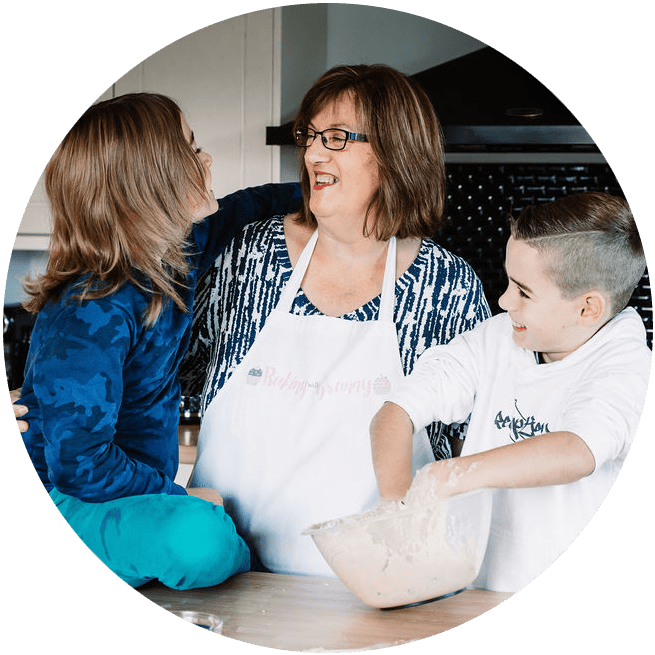